If you have stepped foot onto the Colorado Horse Rescue Property within the last couple years, then our next training spotlight hardly needs an introduction. I will give you a few hints anyways: he’s big (maybe slightly round), majestic, and the yellow star of CHR. Of course, I am talking about our giant lover boy Sven! This beautiful gelding has ventured quite the journey in order to become the enchanting horse we all know and love today. Even though he is now often seen inviting people in from over the fence and stealing their hearts, it can be shocking at times to think of Sven as he was when he first arrived at our doorstep.

Saved from auction in 2017, the only background information that we received about this mighty horse was that he was “untrainable”. While many should have taken that as a red flag, CHR saw that description as an excellent opportunity to rescue and support a misunderstood horse. It only took a short evaluation to realize that in reality, he wasn’t malicious at all. Instead, he was absolutely terrified of people. This led him to completely shut down mentally, which in turn made it difficult for him to connect with his handlers and left him with a tendency to overreact in order to defend himself. The many reasons for this behavior were saddening to imagine. It was possible that he was improperly handled as he was raised, and wasn’t given the chance to develop confidence in his handlers; or, he was pushed way beyond his personal limits in his training. More than likely his story was the mixture of the two scenarios and many, many more.

With a horse as sensitive as Sven, it was important that we took calculated steps in his mental rehabilitation before we pushed him into any sort of training. Right away, it was clear that fear prevented him from consistent and safe haltering. With this in mind, he was placed into a smaller environment to start with. Once he was settled we would be able to start working with him in a controlled setting. As he became more comfortable and willing to engage, he worked his way up into larger surroundings with other horses.

After much-needed time for Sven to relearn what it meant to be a horse with no expectations and to become comfortable with his environment, we decided to slowly begin his training program. The tricky part was finding a plan that would cater to his high sensitivity and fear of people. With much research and practice using positive reinforcement in equine training, we decided that the positive reinforcement method would be the least stressful route and one that could increase Sven’s willingness to engage with us. It turned out to be the perfect fit! Almost instantly Sven became a completely different horse, one that actually wanted to participate and actively looked for an ask. Even when he was nervous, we were easily able to bring him back down to a place of calm. Bit by bit, this method broke down the mental barriers Sven had placed in order to protect himself. It hardly took any time at all before he was starting to accept a saddle and even a rider onto his back. 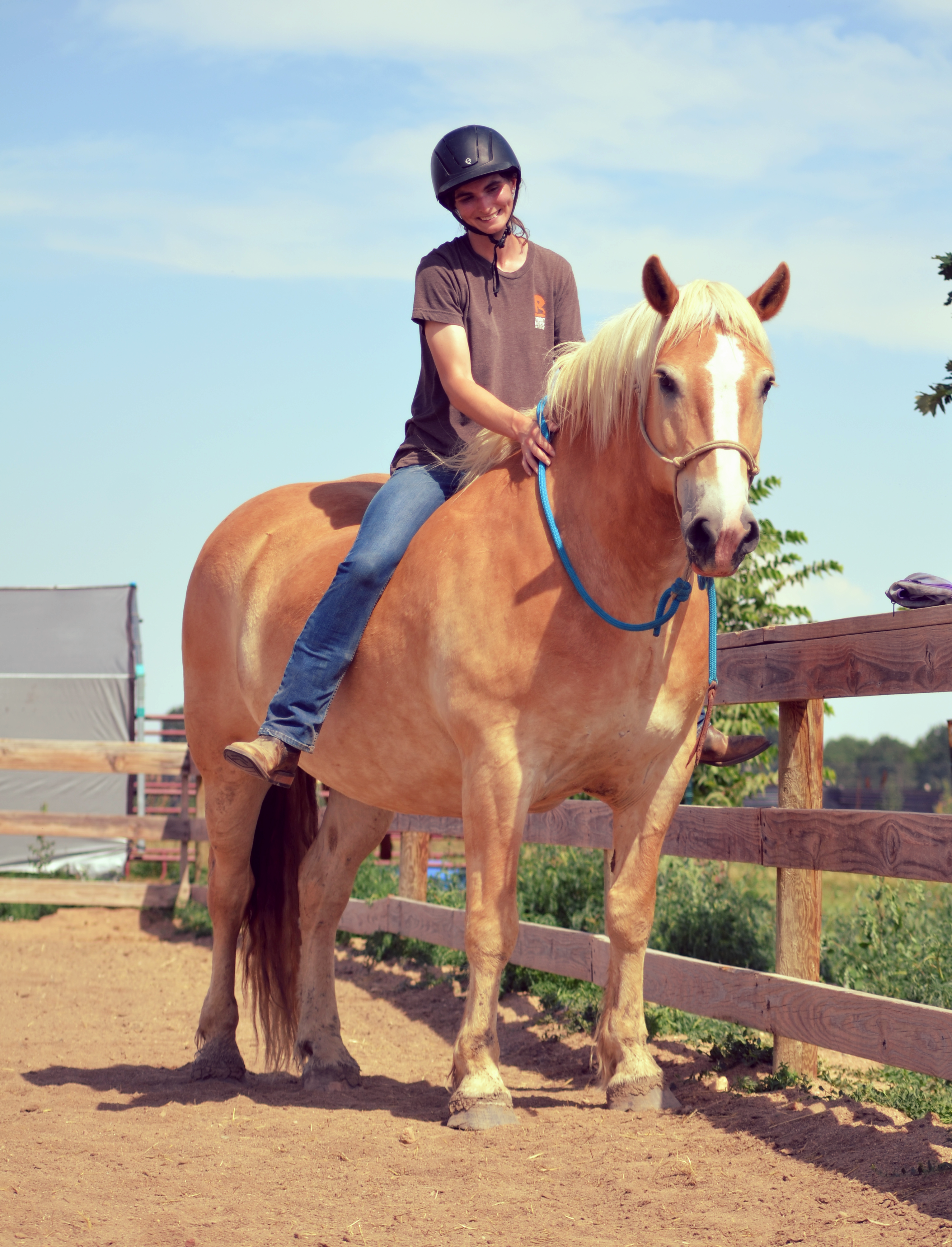 Sven learning with CHR’s Trainer, Susan Chandler, to trust his handlers and accept a rider.

We expect such great things out of this amazing gelding! He is truly a celebrity around here and for very great reason. While he might be everybody’s dream horse, Sven’s forever home needs to be with someone quiet, someone with a great deal of training experience. They need to be ready for a challenge, and ready to go as slow as Sven needs to build up his skills and confidence. This “untrainable” horse has shown us that time and patience set aside for rehabilitation can be one of the most important things that we do with horses. And when it comes down to the training itself, we need to focus on each horse as an individual and provide a program in which they can truly succeed.

Interested in adopting Sven? Learn more about him here or fill out an Equine Match Profile today to see if you are a good fit for him!

The Magic in CHR

Photo: Susan working with CHR's latest youngster, Lola. As we travel down this already long year of 2020, i...

On the Colorado Horse Rescue’s property there lives a beautiful horse with a very special tale.